OUT OF THE BOX is an educational team specialized in photography mixed with social work. We design and produce learning experiences where art, documentary, nature and humanity are mixed in an explosive bowl of energies and creation, which reach out of normality.

Using photography as our main tool of expression we open up dialogues, synergies and connection, creating an environment where students of all ages and background can immerse themselves for a period of time and focus intensively on making new and better photographs, reflect on their work, generate ideas, connect and grow in their practice.

From workshop to profound master classes, traveling to discover the social landscapes, exhibitions, conferences and events, filled with passion for the people created by the people, collaboration and community. 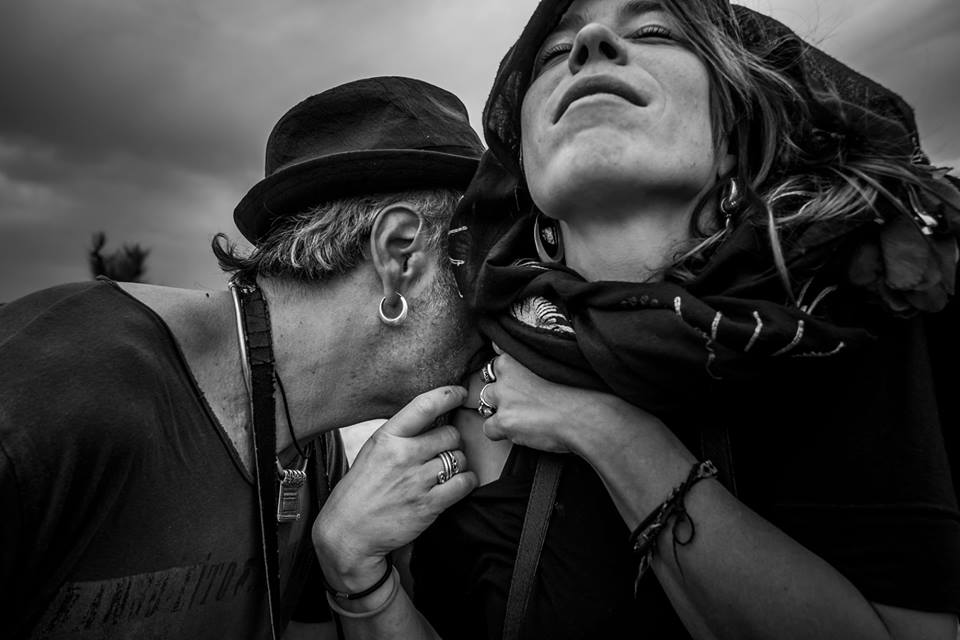 We are Tati Finchi and Jordi Oliver and this story start with a romance, between a professional documentary photographer (Jordi Oliver)  and a social-artistic worker (Tati Finchi), we met in a Gypsy pelgrimage in the south of France and continued our journey in the north where we have been involved for more then one year in the refugee camps of Duinkerke and Calais.

Putting our skills together we realised that being together, is ment to be, to discover, learn and trespass; knowledge, culture, involvement, integration, art and nature.

We decided to live out of the box, leave our cities Barcelona and Brussels behind and move out to a depopulated rural area in the Catalan Pyrenees, where we live on 1380m, dealing with the constant hardness of society and nature.

Here is where we eARTh, reload and got all the power to generate this project.

I began my career as a photographer at the beginning of the 1990s recording the harsh social conditions of the Raval neighbourhood of Barcelona. In 1993 my work as a documentary photographer in Barcelona’s “Barrio Chino” was rewarded with a Fotopress scholarship from the La Caixa Foundation.

In 1994 I did the master in photojournalism from the ICP (International Center of Photography) in New York. Since then my career has moved towards the photography of social denouncement. In fact, in 2004 I obtained a second Fotopress grant, this time for my own particular portrait of the economic and social crisis in Argentina during the Corralito with “Recuperemos el Trueke” (Back to Bartering). However, while continuing to explore new artistic ground focussing on the social issues which I am passionate about, in 2000 I finished the Master in Creative documentary at the Pompeu Fabra University.

Since then I combined work in film and photography, making documentaries such as, Despertar (2001), Se tranco el Domino (2003) set in Havana, Dones de Terra Endins (2006), African Request (2007), working together with Joaquin Jorda “De Ninos (2001). My last adventure as a producer is, Resistirse a Olvidar, in which I used photography as a therapy to  help patients with Alzheimer’s disease to retain their memories.

My works are regularly published in the press in The Guardian, El Pais, La Vanguardia, I recieved numerous awards including the , Tahiti y sus letras prize (2009 fot the best published travel article) and in the advertising festivals in Cannes and San Sebastian, the FNAC-El Pais award and the Laus award for advertising graphic of the Liceu Theatre, among others.

Currently I combine photographic workshops, exhibitions, events and conferences with my latest long term projects, Women of the Earth, Gypsy Soul, Barrios, The waiting Room and Out of the Box.  Where I aim to mix the social, educational and environmental experiences and bring them out to the visual language to create dialogue, synergies and connection.

For any questions, comments, propositions or sharing ideas
feel welcome to contact me by mail

or call of WhatsApp me for urgent matters

Born in BrusseIs I discovered my passion for creation at a very young age, I started studying the “Art of the word and drama” in the Brussels High school of Art, directly after my studies I got bitten by acting and start working as an actrice for prime time national television, I felt something was missing in this experience and had to rediscover myself,  by making a big travel i realised that my passion is not only the Art but that I have a Social gift, connecting with people, animating groups and get inner power by moving society problems and transform them to collective creation and movement. My career change started as a social-artistic educator in 2009 when I worked for the non profit organisation “vzw Halfenhalf” teaching native language to children and youth from different background using art as a tool for communication.

From this experience I started working for other non-profit organisations like “vzw Kamo” and “Musiques Mosaïques” based in Brussels, where I worked with all kinds of children and youngsters no matter what their background or age was.

Soon i realised that my strongest points where connecting with the children that where in NEET situations using all forms of art: theatre, music, soundscapes, visual art, media and installations. My role as an educator becomes illimited and I’m growing so fast as my students are growing with me.

After years of practise in the field I felt strong to start creating my own projects, starting as a Freelancer in 2014 as a social-artistic project developer, concentrating on society problems and the social transformation empowered by Art to create inclusion. So I start my work from creating an activism support group named “Fight-Back” for raped woman, to working on going for more then a year to the Refugee camps of Duinkerke and Calais in the north of France, combining my work with social development projects for NEET youngsters in the suburbs of Brussels, Molenbeek, in collaboration with organisations like Jes, D’Broej, Foyer, Madam Fortuna and Fanfakids.

Currently I moved to the pyrenees where I focus on working with minority and discriminated groups, children and youngsters of the rural area. Creating this project born straight from our hearts, OUT OF THE BOX, I transformed myself to a real producer and project developer, where I can give my strongest self and combine society problems and Art using my talents to share those and motivate others to also change a small part of this world or really feel part of it by empowering them with Art and social experiences. Power for the people, created by the people. 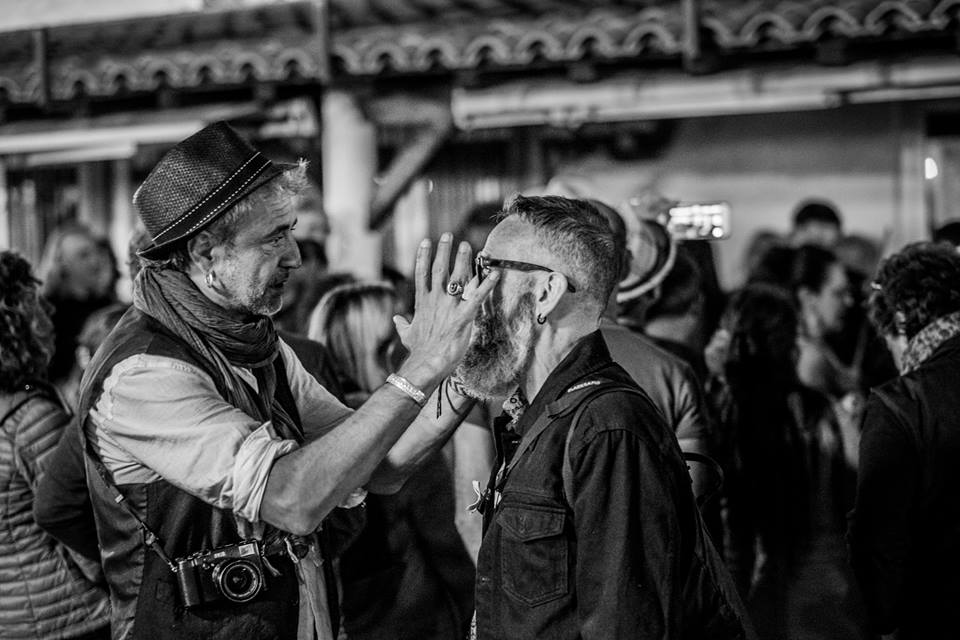 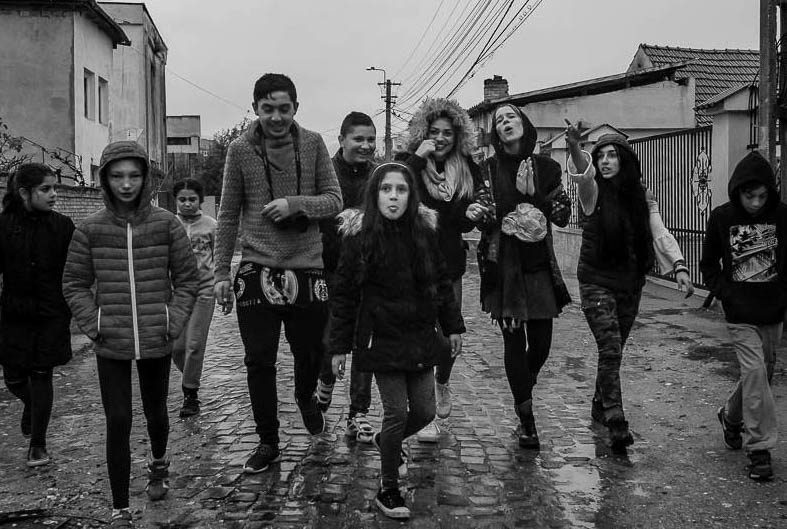